Hidden Canberra by Ann Gugler is licensed under a Creative Commons Attribution-NoDerivs 3.0 Unported License.
Based on a work at http://hiddencanberra.webs.com/.

My other Webites, connected to this one are:

Early Canberra: extends my research into Canberra and surrounding places.

The photograph above and below were taken in Stirling Park, Yarralumla - former Westlake. Why the name 'HIDDEN CANBERRA'?  I chose this name because the sites of the temporary camps and settlements where the majority of the builders of Canberra lived  were placed out of sight of permanent Canberra.  The history of the camps and settlements has been ignored in most of the histories of the territory. Many of the sites have survived development. They include eg Stirling Park, Yarralumla [former Westlake]; area near the Canberra Brickyards Yarralumla; Mt Ainslie; Russell Hill, Mt Pleasant and parts of Red Hill. These sites hold a history of the camps and settlements where the majority of Canberran's lived up until the time of the arrival those transferred to the city to run the business of the Federal Government.

In 1912 Walter Burley Griffin won the design competition for the federal city.  He chose the tallest hill in the small Gura Bung Dhaura (Ngunawal meaning Stony Ground) Range known to the settlers as Kurrajong and renamed it Capitol.  This hill surrounded first by an octagonal road and later a circular one became the centre of the new city.  On 12 March 1913 Lady Denman named the city CANBERRA.  This name was not new.  The Ngunawal name for the surrounding plain was Kamberry (various spellings) and the settlers knew it as Canberry, Canburry and by the mid 1850s as Canberra.

The majority of men who came to build the city in 1913 lived in four major centres – Acton (administrative centre& first nursery), Brickyards (later Westridge – now Yarralumla – produced bricks – 1914 main nursery established), Cotter River (construction of the dam – water) and the Power House (electricity & industrial area).  By 1916 the labour and money shortages caused by our involvement in World War 1 slowed work on the city to an almost standstill.  [Duntroon was also an early settlement, but its primary purpose was to accommodate contruction workers building the Royal Military College and not the city.] Howie's Cottages.  The site of these cottages and the old road is Block 3, Section 128 Stirling Park Yarralumla. The old road and clear indication of house sites can be seen on the hillside.  Nearby was the site of the Old Tradesmen's Camp and here again there is clear evidence of the semi-permanent buildings such as the Mess and Ablution Blocks on the hillside. Above: Two Freeman children circa 1925 in the area of Block 3, Section 128 Stirling Park, Yarralumla  - site of Howie's Settlement. The concrete slab on which the outdoor lavatory sits is still on the hillside.  Below the same concrete slab c2004.  In the background embassies in Forster Crescent For a time following the end of the war in 1918 continuation of construction was in doubt.  Around 1920 the decision was made to go ahead, but instead of the grand buildings originally proposed the scale of construction was reduced to just sufficient buildings and infrastructure necessary to allow the Federal Parliament to move from Melbourne to Canberra.  A Provisional House was built on the original site that Griffin chose for his permanent building much to the annoyance of Griffin.

The new major site for temporary camps and settlements in this post war period was the hills of Gura Bung Dhaura, then known as Westlake. [This area is today in the centre of the city and next to the Parliamentary Triangle]

The men in this area lived in three government tent camps – No 3 Sewer Camp 1922-1925, Tradesmen’s Camp 1924-1927 & No 1 Labourers Camp 1923-1927 (this last camp was on Capitol Hill, Westlake); 62 timber cottages designed by HM Rolland (architect) and Contractor John Howie’s Settlement that consisted of 25 two and three bedroom timber cottages and a Hostel Camp for his single men.

The contractor’s men built Hostel No 1 (Hotel Canberra) – accommodation for politicians.  The others at Westlake built the main intercepting sewer and the Provisional Parliament House.  By 1925 the population of Westlake was 700 – only 50 less than the converted ex-internment camp known as Molonglo.  The population of the FCT at this time was just over four and half thousand.

The Molonglo and Westlake settlements were soon followed by Causeway and two humpy settlements, Riverside and Russell Hill. Oaks Estate, a suburb of nearby Queanbeyan, became a part of the FCT and a workmen’s settlement when the nearby rail line separated the FCT from NSW.

This web focuses on Westlake, but includes other relevent material and photographs of early Canberra – in particular the hidden temporary camps and settlements where construction workers lived out of sight of permanent Canberra.  Their history is not well recorded but has survived in the memories of those who lived there and in photographs provided by the humble box brownie and a few photographs taken  by the official photographer, Mildenhall.

Below: Photograph of a concrete slab lavatory block Howie's Settlement - Hostel Camp, Bl 3, Section 128 Stirling Park Yarralumla, former Westlake - Gura Bung Dhaura Hills (stony ground).  In the background is Lotus Bay and further over pines planted in the park at the rear of the Hotel Canberra.  The tallest pin is one of two planted by one of the Kaye boys back from the front in 1919. It marked the entrance to Kaye's tenant farm (Klensendorlffe's).

The Hostel Camp was where the Burns Club was founded in 1924. 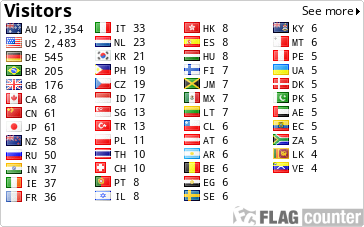